Obama –
“I will nominate a successor “in due time.”
The Senate should give eventual nominee “a fair hearing and a timely vote.”

“These are responsibilities I take seriously, as should everyone,” “They’re bigger than any one party. They’re about our democracy.” 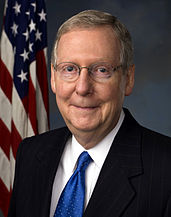 Senate Majority Leader  Mitch McConnell (R-Ky.), in  1988, was a member of the Republican Senate Caucus that voted to confirm aSupreme Court nominee,when it was a Republican president’s final year in office. literally every other GOP senator voted to confirm Supreme Court Justice Anthony Kennedy by president Ronald Reagan. Fast forward 3 decades later. It’s 2016, the wiser, more mature Sen McConnell has seen the folly of his ways and reasons he would not repeat the act of allowing a president be president,  when it comes to apppointments … ehmm to the Supreme Court. No longer should a sacrilege, such as allowing a sitting commander in cheif nominate persons to such high office as the apex court, be tolerated. Within minutes of the news Saturday, of the death of Supreme Court Justice Antonin Scalia, McConnell sent a directive to President Barack Obama making it clear that he has no intention of letting him (Obama) replace the conservative icon. ‘ Don’t you dare contemplate finding a replacement for the deceased conservative judge. I say when, and only  after you have left office on January 20, 2017.’“The American people‎ should have a voice in the selection of their next Supreme Court Justice,” McConnell said in a statement. “Therefore, this vacancy should not be filled until we have a new President.”The implication here is ‘dude you do not have a mandate,I recognize. You stole the people’s mandate. How dare you take matters into your hands without my say so? I am issuing a stop order, NOW, until legitimacy is restored.’

Senator McConnell tweets on the Death of Justice Scalia

Justice Antonin Scalia  Photo: washingtontimes
Nothing new here. The only thing different is that it suits McConnell and Grassley to feign amnesia and bait their base for the forthcoming 2016 elections.  Furthermore, in Considering the long term shift, in balance of the court with the appointment of a liberal judge, it is the prerogative of the GOP to wring the best deal from the situation. What is unprecedented is the unseeming haste in joining battle and a total lack of accomadation or respect for the office of the president, in trying to de-legitimise the current occupant while pandering to the field of GOP presidential aspirants who see the occassion as ‘red meat’ for the base.

Although there is ample evidence that lame duck presidents have made high stakes appointments in the past, Sen. Chuck Grassley (R-Iowa), who the chairs of the Judiciary Committee, was among those Saturday arguing that the Senate isn’t obligated to confirm Supreme Court picks when it’s a president’s last year in office. He too voted ‘aye’ for Mr. Justice Kennedy in 1988, during Reagan’s last year in office. According to Sen. Grassley,

“The fact of the matter is that it’s been standard practice over the last 80 years to not confirm Supreme Court nominees during a presidential election year,” the Iowa Republican said in a statement.

Grassley, knows although typically last year presidencies tend to avoid controversial nominations when they can. However, not when there is the will and a lot is at stake. No gain saying that with the approach of the already contentious 2016 elections, the courts will be busy and may have to intervene, as happened in 2000

GOP candidateTed Ceuz tweets on the Death of Justice Scalia

Ted Cruz ✔ @tedcruz
Justice Scalia was an American hero. We owe it to him, & the Nation, for the Senate to ensure that the next President names his replacement.

The GOP presidential field for individual reasons may sound off on the stump, but it is unsettling when the Senate and Congressional leadership stoke the embers with unfounded vituperation which only serve to heat up the polity. 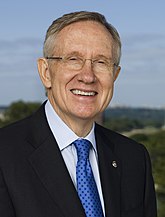 Already the Democrats have signalled their readiness to join the affray as the minority leader, former Senate President, Sen.Harriet Reid (D-Nv) tweets:
“With so many important issues pending before the Supreme Court, the Senate has a responsibility to fill vacancies as soon as possible,” Reid’s statement read. “It would be unprecedented in recent history for the Supreme Court to go a year with a vacant seat. Failing to fill this vacancy would be a shameful abdication of one of the Senate’s most essential Constitutional responsibilities.”
McConnell and other Republicans want to punt the issue to the next president because there’s a chance that person will be a Republican, in which case the GOP will get a lifetime appointee they actually want. Interestingly Obama signaled his readiness for the collision, when he announced a few hours ago that he plans to submit a nominee.
Trying to run the clock is not peculiar to any side. However, McConnell, Grassley and co may have badly misjudged Obama’s appetite for battle in the last year of his presidency, especially when it comes to landmark issues that could define his presidency, he has displayed some dexterity in navigating tricky political jams in the last year. Threats wont work, some horse trading with plenty of savvy will suffice, after all it is guaranteed to be a knotty process regardless of who has the majority.

Traveling nurse from Houston who killed six people in horror LA crash, has a history of ‘mentally illness’, says prosecutor and her attorney: Nicole Linton, 37, after 13 prior auto crashes was well aware of the threat posed by her driving behavior – prosecutor

Nicole Lorraine Linton, 37, is in custody, held on a $9million bond for six murder and five manslaughter charges as a result of Thursday’s crash On August 4, Linton [...]