Photo: Gregory Bull
Mitt Romney GOP last Presidential nominee.  Lost to Barak Obama in 2012. Donald Trump was an active supporter of Romney’s Campaign in 2012
GOP backlash
Mitt Romney comes after the man who loaned him a campaign plane for his 2012 presidential run

” Let me put it plainly, if we Republicans choose Donald Trump as our nominee, the prospects for a safe and prosperous future are greatly diminished.”

Mitt Romney, the Republican standard bearer, in the 2012 Presidential elections  has come after his erstwhile supporter Donald Trump. This is the latest hit in the GOP establishment’s broadside strategy to stop current front runer, Donald Trump, from winning the Republican ticket. In a speech delivered today at the Hinckley Institute of Politics, Utah, Romney stated:

“Donald Trump tells us that he is very, very smart. I’m afraid that when it comes to foreign policy he is very, very not smart.”
According to him ‘Trump lacks the temperament of be president. After all, this is an individual who mocked a disabled reporter, who attributed a reporter’s questions to her menstrual cycle, who mocked a brilliant rival who happened to be a woman due to her appearance, who bragged about his marital affairs, and who laces his public speeches with vulgarity.’

Donald Trump addressing the crowd at a campaign rally

Romney goes on to point out out Trumps attacks on Republican establishment figures like George W. Bush whom Trump called a ‘liar’ and  mocking John McCain for his POW status
“Dishonesty is Trump’s hallmark: He claimed that he had spoken clearly and boldly against going into Iraq. Wrong, he spoke in favor of invading Iraq. He said he saw thousands of Muslims in New Jersey celebrating 9/11. Wrong, he saw no such thing. He imagined it. His is not the temperament of a stable, thoughtful leader. His imagination must not be married to real power.” 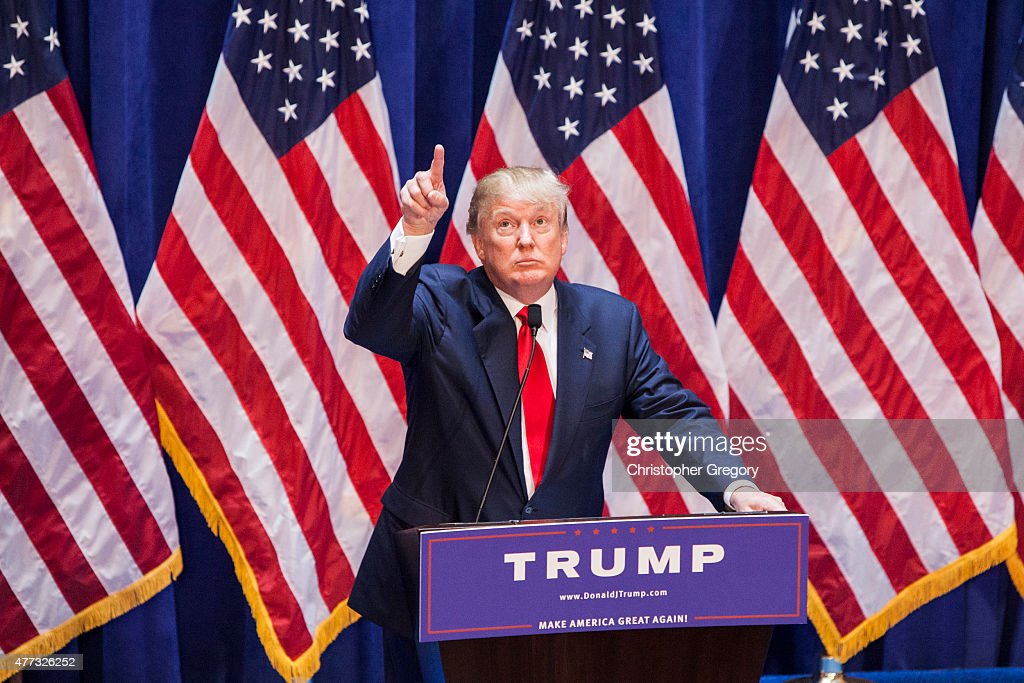 Credit: Christopher gregory
Noting that the President of the United States has long been the leader of the free world, with great reposiblities that affect billions of people, Romney said ‘Trump’s personal qualities, the bullying, the greed, the showing off, the misogyny, the absurd third grade theatrics, make him unfit to sit in the White House.