The Florida jury sided with Hogan in a case that pitted a celebrity’s right to privacy against the First Amendment.

A Florida jury has sided with Hulk Hogan in the lawsuit the former professional wrestler filed against Gawker Media, awarding him $115 million in damages — $15 million more than he sought.
Hogan, whose real name is Terry Bollea, sued Gawker in 2012 after the online media outlet published an excerpt of a video showing Bollea having sex with the wife of his then-best friend, Bubba The Love Sponge Clem. Hogan and his attorneys alleged publishing the video was an invasion of his privacy. Gawker argued the clip was newsworthy and protected by the First Amendment. 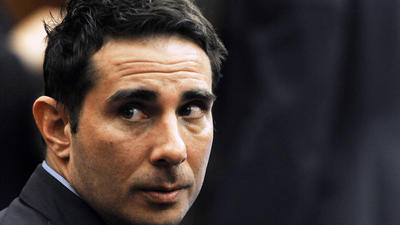 The six-person jury reached their verdict just before 7 p.m., after almost six hours of deliberation. Bollea, wearing an all-black bandana and a cross around his neck, sobbed as the verdict was announced and was hugged by attorneys and family.

Bollea’s lawsuit named Gawker Media, Nick Denton, Gawker’s founder, and A.J. Daulerio, the former editor-in-chief who published the video, as defendants.
In closing arguments Thursday, Kenneth Turkel, an attorney for Bollea, told the jury that Gawker’s editors “didn’t have the common decency“ to call his client before publishing the piece.
“The media has the power to do great good and the power to do great harm,” he said. “What’s significant in the world of Gawker is a tape of my client in a private bedroom at the lowest point in his life, in a private act.”
Turkel went so far as to accuse Denton of “playing God“ over Hogan’s right to privacy.
Gawker attorneys had maintained that Bollea made his sex life a matter of public interest by talking about it publicly.
“We ask you to protect something that some of you may find unpleasant,” Gawker attorney Michael Sullivan told the jury, The Associated Press reported. “To write, to speak, to think about all topics, to hold public figures accountable. It is right in the long run for our freedoms.”

Even before the verdict, Gawker hinted at defeat. In a statement Friday, the company said it was “disappointed the jury was unable to see key evidence and hear testimony from the most important witness,” referring to Clem, Bollea’s former best friend and the man who filmed the tape. Earlier this week, the judge granted Clem’s request not to testify because he might incriminate himself.
It “may be necessary for the appeals court to resolve this case,” Gawker said in its statement.

Photo:Scott Keeler/Tampa Bay Times/AP
Hulk Hogan, right, with his lawyer David R. Houston, on Tuesday at the Pinellas County Courthouse in St. Petersburg, Fla., during the start of jury selection in his trial against Gawker.

Denton said in a statement that Gawker will appeal.

Bollea “is exceptionally happy,” one of his lawyers said outside the courtroom.
“This is not only his victory today, but also anyone else who’s been victimized by tabloid journalism,” said the lawyer, David Houston, according to CNN.
Bollea’s only apparent comments after the verdict came on Twitter:
As The New York Times reported, Bollea testified last week that the ordeal left him unable to sleep or eat for days at a time. “When the sex tape hit, my whole world turned upside down,” he said.
“I’m kind of concerned about Hulk Hogan’s privacy, but you kind of give it away, he added. “But in the privacy of your own home, no one invades my privacy.”
In January, Gawker Media sold a minority stake to investment company Columbus Nova Technology Partners. The move, The New York Times reported, was driven by the need for funding for growth initiatives and to bolster the company’s books in anticipation of the Hogan lawsuit.