James Neal was arrested in Feb after genealogical DNA linked him to the 46-year-old murder coldcase from in Newport Beach, California

The 72-year-old Colorado resident, was arrested 1973 rape and murder of 11-year-old Linda O’Keefe

Neal has now been linked to two other child sex assaults in Riverside County,  and prosecutors say there could be more victims

At the time of Linda O’Keefe’s death, Neal was known as James Alan George Layton, he later relocated to Florida and changed his name

Linda was last seen walking home from school on July 5, 1973. Her lifeless body was found strangled in a grassy ditch the following day

Child rape, murder suspect James Neal has been linked to more sex offenses against children after his alleged rape and murder of Linda O’Keefe in 1973

James Alan Neal of Colorado was arrested in February after DNA evidence linked him to the murder of an 11-year-old schoolgirl, in 1973. On Wednesday prosecutors added five charges of child sex abuse, relating to two other alleged victims and prosecutors say they’re ‘absolutely’ looking for other potential victims.
72-year-old Neal was eventually identified in January in the  slaying of Linda O’Keefe, 11, who disappeared from Newport beach 46 years ago, after genealogical DNA linked him to the crime.
Related:

Neal initially was charged in February with one count of first-degree murder while committing sexual assault upon a child.
On Wednesday, Prosecutors added new charges relating to two other child sexual assault victims in Riverside County, Orange County District Attorney Todd Spitzer revealed.
The additional five charges of sexual assault on a child under 14 have been brought against Neal, after prosecutors say he performed a series of lewd acts on two different children in Riverside County, between 1995 and 2004.

11-year-old Linda O’Keefe [photo], was last seen walking home from school on July 5, 1973. The following day, she was found dead in a grassy ditch in Newport Beach, Ca.

And Spitzer says prosecutors aren’t done yet, as his office is ‘absolutely’ looking into other possible criminal wrongdoing conducted by the defendant.
‘While that evidence will be presented in court, there are now allegations of multiple sexual assault victims,’ Spitzer said. ‘And so, we do believe that Mr. Neal was involved in creating more victims beyond the murder of Linda O’Keefe.’
Linda O’Keefe was last seen walking home from school on July 5, 1973. The following day, she was found dead in a grassy ditch in Newport Beach’s Back Bay.
Still draped in the blue and white floral dress her mother had embroidered for her, police determined O’Keefe had be raped and strangled.

Authorities eventually arrested a suspect in the 1973 killing of Linda O’Keefe. At the time of Linda’s death, Neal was known as James Alan George Layton. He later relocated to Florida and changed his name

For the next four-and-a-half decades, the case remained unsolved.
On the 45th anniversary of her disappearance, Newport Beach police launched a social media campaign, called ‘#LindasStory‘, hoping to breath new life in the investigation.
And last month they finally got their break, after generating a snapshot profile of the suspect using DNA evidence gathered at the crime scene.
‘Linda’s death rocked the community and took root in the heart of the men and women of their police department,’ said Newport Beach Police Chief Jon Lewis. ‘We never, ever forgot Linda’s story.’

At the time of Linda’s death, Neal was known as James Alan George Layton. He later relocated to Florida and changed his name.
A mother and her daughter who last saw Linda alive as she walked home from summer school, told police at the time they saw a turquoise van parked nearby with its door ajar.
Another woman who lived near Back Bay where O’Keefe’s body was found, said she heard a girl scream ‘Stop, you’re hurting me’, just after 11pm the same day. sketch of the believed suspect was circulated at the time, but it generated no leads.
But in 2018, Newport Beach Police conferred with Parabon NanoLabs, a Virginia-based medical lab who specialize in genealogical DNA.
Using the evidence, Parabon were able to generate two composites – one showing the man in 1973, the other progressing to what he would llook today, calculating their gender, ancestry, freckles, skin tone and hair texture and color.
The only thing they failed to generate was the suspect’s name.
The DNA was religiously checked against convicted felon records to no avail.
However, Neal was eventually identified as a suspect in January after investigators linked the DNA to one listed on a database that scours for DNA profiles for close relatives of crime suspects.

The killer in 1973: The coldcase was broken in July 2018 after police hired a DNA technology company to create composite sketches using  DNA from the crime scene

The age progression photos predicted how the killer would look, 46 years later

For the next month, police tailed Neal in Colorado and secretly gathered more DNA evidence to strengthen their case.
The DNA gathered by authorities matched the sample found back in 1973.
‘Through both traditional DNA and genealogical DNA, we have every opportunity in the world to solve so many of these cold cases that we never had hoped in the past of solving — and that’s a great thing for our community,’ Spitzer said.
Linda’s murder joins a number of cold cases that have been potentially solved through the use of modern DNA technology.
In August, Golden State Killer Joseph James DeAngelo was arrested for a dozen murders and 50 rapes that took place back in the late 70s and 80s, after investigators utilized the online genealogical sites Ancenstry.com and 23andMe.
‘As the Orange County District Attorney, I am committed to protecting the community. My office will never forget about cold cases,’ Spitzer declared.
‘Our hearts go out to the victim and the victim’s family in this case, having to endure decades without answers. We will make sure that the defendant is fairly and justly held accountable in a court of law,’ he added

A woman who, lived near Back Bay where the schoolgirl’s body was found, recollected hearing a girl scream ‘Stop, you’re hurting me’, just after 11pm on July 5. The scream is believed to be Linda O’Keefe who spoke from the grave through a series of police tweets in her  voice last July, announcing a breakthrough in the case 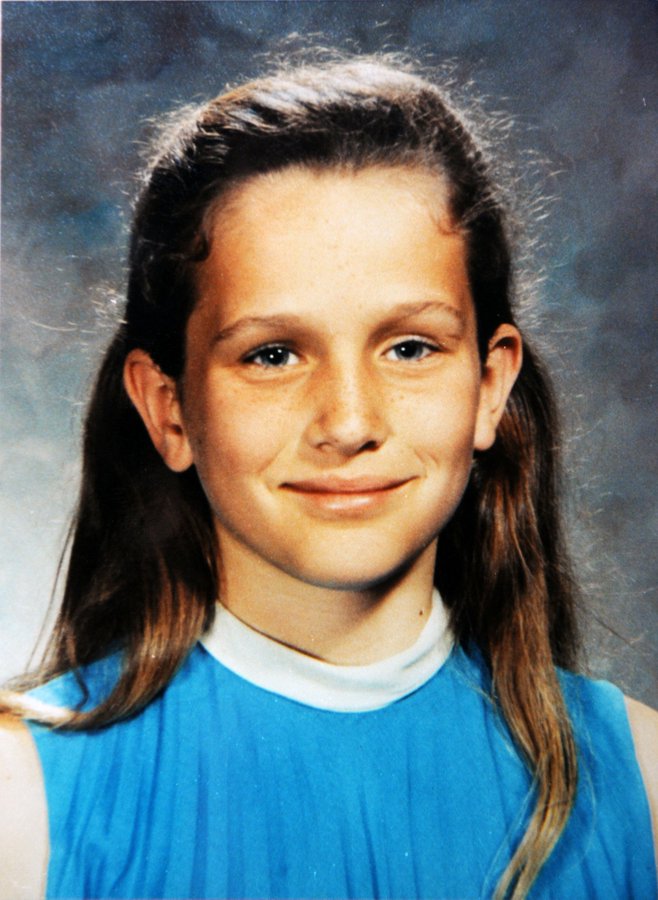 “Hi. I’m Linda O’Keefe (or Linda ANN O’Keefe, if I’m in trouble with my mom). Forty-five years ago today, I disappeared from Newport Beach. I was murdered and my body was found in the Back Bay. My killer was never found. Today, I’m going to tell you my story.” #LindasStory 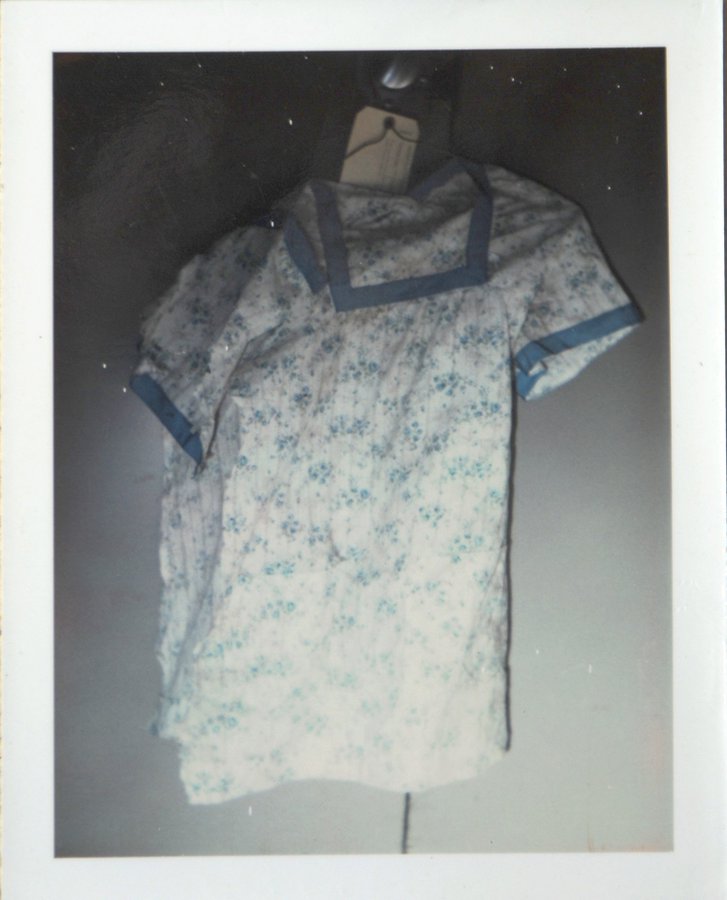 “I’m wearing a dress today… It’s white, with light blue flowers on it, and dark blue trim. My mom made it. She makes a lot of my clothes, and my sisters’ clothes. She’s really good at sewing, and we don’t have a lot of money for fancy store outfits anyhow.” #LindasStory 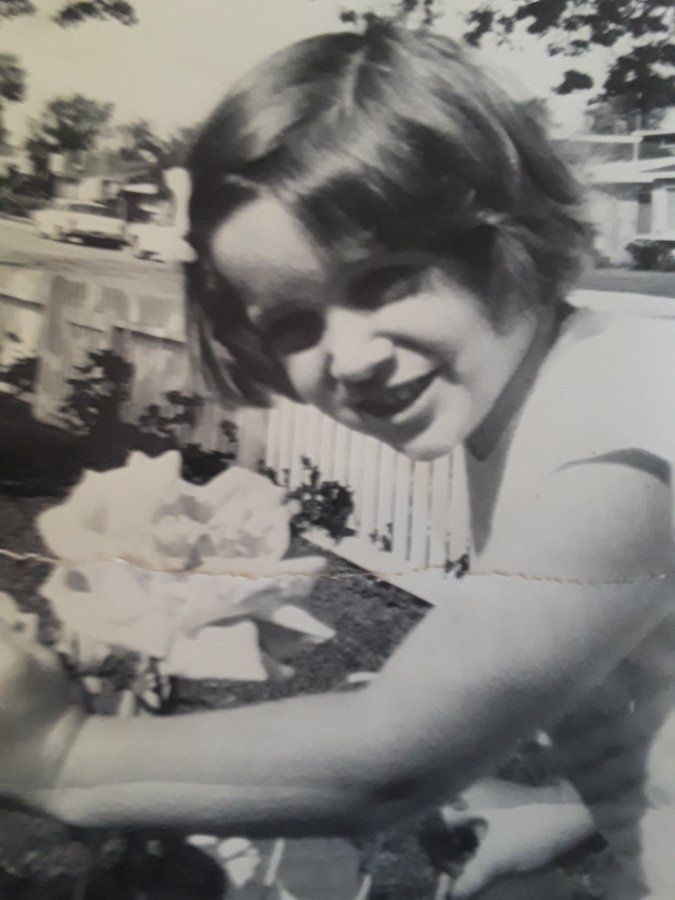 “Let’s see… What else can I tell you about me?? I’ve always been *really* good at tidying up. Mom says I’m like a ‘little mother’ and always keep my room very neat. Whenever I clean up, I ask her to come see. I like hearing her tell me that I did a good job.” #LindasStory

The Twitter campaign did not lead to the suspect’s identification, but it did create an emphasis on the case and opened doors for the case to be pursued with renewed efforts, officials said.
According to police, O’Keefe normally rode her bike to summer school. But that day, she was dropped off.
While waiting to use the school phone, O’Keefe went outside. Her friend later told police a turquoise van stopped next to O’Keefe a few times as she walked.

O’Keefe then called her mother from the school office, and her mother told her she was busy sewing and that she should walk home, police said.
A woman later told police she saw O’Keefe standing next to a turquoise van and talking to the driver — a white man in his mid-20s or early 30s. 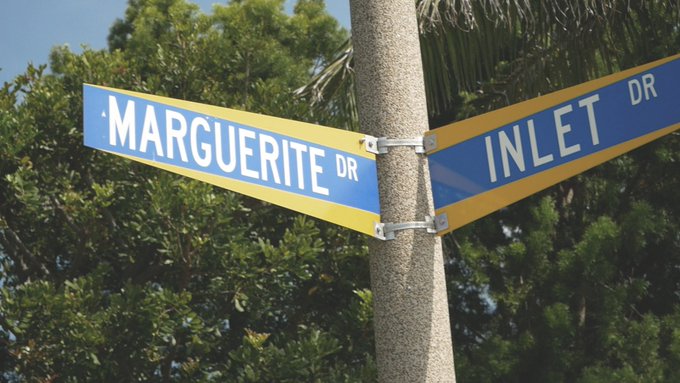 “The van is parked along the curb, just before the intersection of Marguerite and Inlet Drive. The front passenger door is open, and I’m standing right beside it. Jannine will remember that she sees the driver: a man, white, in his mid-20s or early 30s.” #LindasStory

If convicted of all charges, he faces a maximum sentence of 82 years without the possibility of parole, according to the DA’s office.
Spitzer did explore the possibility of the death penalty, but determined it wasn’t legally justified, he said.