Berreth, 29, a mother of a 1-year-old girl, was last seen on Thanksgiving in the area of her Woodland Park home, and suspected dead

Idaho police revealed over the weekend they had obtained vital evidence in the case, hinting that Berreth’s cell phone has been found

Twin Falls authorities had been examining evidence in the case, with the force located where Berreth’s phone last pinged

Frazee, 32, had previously been working with a private attorney but appears to have run out of money to fund the case

Idaho police revealed over the weekend that had obtained vital evidence in the Kelsey Berreth [left] case, hinting that her cell phone has been found. Her fiancé Patrick Frazee [right] has been accused in her disappearance

Idaho police revealed over the weekend that had obtained vital evidence in the case of missing Idaho woman Kelsey Berreth, hinting that the her cell phone has been found as her fiancé Patrick Frazee who is being held as a suspect in her disappearance is investigated.
Patrick Frazee, the fiancé of missing Colorado mother Kelsey Berreth, was arrested for first-degree murder and solicitation to commit first-degree murder Friday morning, nearly one month after Berreth vanished, police said.
Berreth, a 29-year-old mother of a 1-year-old girl, was last seen on Thanksgiving in the area of her Woodland Park home, and suspected dead. Although a body has not been found but information is helping narrow down the search, Woodland Park Police Friday.
As of Monday police in Idaho who are working with authorities in Colorado on the Kelsey Berreth case appear to have discovered the missing mom’s cell phone.
The Twin Falls Police Department revealed over the weekend that officers after executing a search warrant against Patrick Frazee’s property have been examining evidence gathered in the case.
That statement did not specify the evidence, but Twin Falls is in the area where Berreth’s phone last pinged off a cell tower.

The main suspect in the case, Patrick Frazee by all indications will be fighting the charge of first degree murder. Forced to replace his private lawyer with a public defender ahead of the trial. He has requested that all evidence in the case be turned over to his legal team and filed a motion asking to limit pretrial publicity.
Frazee is next due in court on December 31, but could also make an appearance on Thursday when a custody hearing has been set for his daughter Kaylee, who is still in protective custody.

Police served an arrest warrant on Patrick Frazee early Friday morning [seen being cuffed], in Colorado, a month after his fiancée went missing

The Twin Falls authorities revealed their role in the investigation over the weekend. ‘Detectives from the Twin Falls County Sheriff’s Office and Twin Falls Police Department worked with the Colorado Bureau of Investigations and the FBI to prepare and serve several search warrants as well as processing some items of evidence with the assistance of Twin Falls County and Twin Falls City Evidence Technicians,’ read the statement from Twin Falls PD.
Berreth’s cell phone pinged off a tower in Gooding, Idaho three days after she went missing, around the same time her employer received a text stating that she would not be in for work that week.

Victim Kelsey Berreth is missing, feared dead: The crime may have occurred at her home, police said.

There has still been no body found in the case, but that did not stop authorities from charging Frazee with first-degree murder.
He had previously been working with a private lawyer on the case, but records now reveal he has been assigned a public defender.
Frazee was served with an arrest warrant early in the morning on Friday and then walked away in handcuffs to be charged with first-degree murder as well as solicitation of murder.
Berreth was last seen on Thanksgiving day entering a supermarket near her home in Woodland Park with her infant daughter Kaylee before handing over the girl to Frazee.
Frazee, 32, is the father of the young girl.
Authorities also said on Friday that they believe Berreth was killed in her home based on evidence they uncovered during their search of the property.

Frazee was transported to the Teller County Jail, while and the FBI searched his property 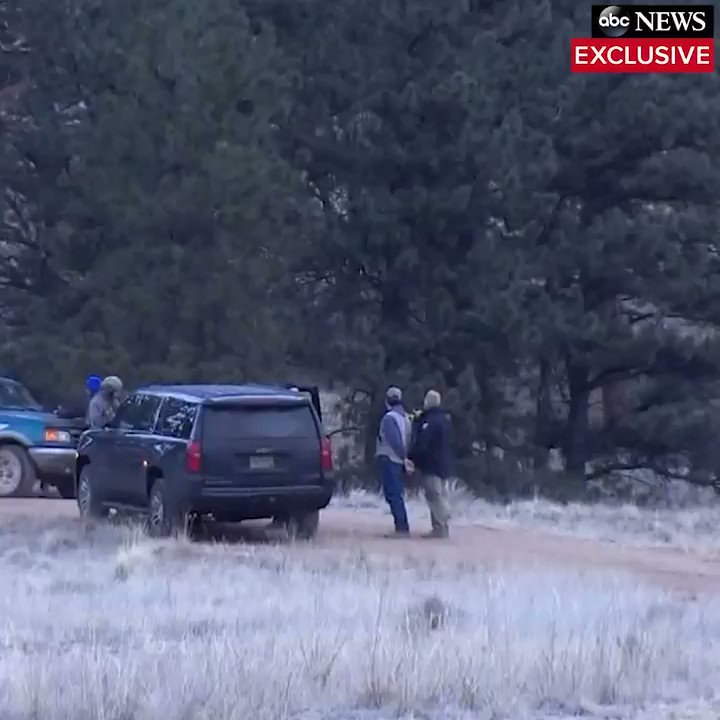 Patrick Frazee, the fiancé of missing Colorado mother Kelsey Berreth, was arrested for murder Friday morning and taken to the Teller County jail, nearly one month after Berreth vanished. https://abcn.ws/2EAA6Po

Police arrived at the Teller County home of Frazee before daybreak on Friday morning and were seen cuffing Frazee at dawn in images obtained by ABC News.
He was transported to the Teller County Jail, and the FBI and members of the CBI searched the property.  His mother Sheila Frazee,, was briefly detained by authorities but not placed under arrest.
The divorced mother-of-four, who is a registered nurse, lives with her youngest son at the ranch, which she outright owns according to public records.
She also owns two additional properties in the area.
Her son meanwhile attends to the ranch and also breeds dogs.
That same source said that Frazee’s arrest came after authorities obtained new information about Berreth that has led them to believe she is no longer alive.
Frazee was arrested after cell records and data provided new details regarding Berreth’s disappearance, according to officials.

Surveillance video shows last time missing Colorado mom Kelsey Berreth was seen before she vanished. She was at a supermarket on Thanksgiving with her one-year-old daughter Kaylee,  [photo], but Frazee previously told authorities he saw his fiancée later that day

The solicitation charge was also addressed at a news conference on Friday, with officials saying that Frazee asked someone to commit some sort of crime but refusing to elaborate beyond that at this time.
On Friday, Frazee appeared at Teller County court via video conference where the judge read him his charges – first-degree murder as well as solicitation of murder. The audience at court was unable to see the screen.
None of his relatives were present during the hearing. He will be held without bond pending his next court appearance on December 31.
As for where the body may be, police told residents of Woodland Park that they should expect an increase in police activity around the area in the coming days.
Agents are also at Berreth’s home looking for evidence.

Patrick’s mother Sheila Frazee, was also detained briefly, and led off in handcuffs [right], from the property she shares with son, which authorities have searched multiple times

It was also revealed early on in the investigation that authorities believed Frazee was the last person to see Berreth before she disappeared on Thanksgiving.
She was last seen on surveillance video entering a grocery store on Thanksgiving Day with her daughter.
Frazee later told police that the couple met later that afternoon so that he could pick up the couple’s daughter.
The two did not live together despite being engaged, a fact that many on social media suggested was a bad omen after learning of the disappearance.
It was Berreth however who had been hesitant to move in with her fiance because he still lived with his mother.

She instead decided to get her own home after moving to Colorado from Washington to be with Frazee. In May, Berreth paid $184,900 for a two-bedroom home in Woodland Hills, where she lived with her daughter.
Her family claimed soon after Berreth went missing that she had split with Frazee on the day she was last seen, but that has never been confirmed by investigators..

There were a number of details that had puzzled the public in the wake of Berreth’s disappearance, including the fact that she had just baked fresh cinnamon buns before she went missing.
Frazee managed to turn heads as well when he made a trip to the local waste management facility on Wednesday.
This now the second high-profile case to emerge from Colorado involving the murder of a partner in just the past six months.
In August, Chris Watts killed his wife, unborn son and two young daughters just 150 miles north in Weld County.