Shortly after  Charlotte Zaremba’s parents  picked her up from a party, Suzanne Zaremba heard a scuffle in her daughter’s bedroom

The intruder shot both mother and daughter, killing the teen girl

The intruder was Sean Crizer, a local teen who had burgled two other houses in the neighborhood

Cops found him in Charlotte’s bedroom with a self-inflicted gunshot wound to the head, he died later in Howard County hospital

Charlotte Zaremba, was killed and her mother, Suzanne Zaremba, wounded in their Ellicott City home by Sean Crizer on January, 1

A 15-year-old boy has died after shooting to death a fellow student at Howard High School and wounding her mother before turning the gun on himself, Howard County Police said. Sean Crizer, of Alice Avenue in Ellicott City, died of a self-inflicted gunshot wound at the Maryland Shock Trauma Center, police said Tuesday.

Police said Sean Crizer, 15, was suspected of shooting the Zarembas inside their Knoll Glen Road home in Ellicott City around 2 a.m. New Year’s Day.   He was found inside Charlotte’s bedroom with a self-inflicted gunshot wound to the head.
Police said Zaremba’s parents left their house to pick up Charlotte from a party. They returned home and a short time later, Suzanne Zaremba heard a scuffle in her daughter’s bedroom.
She entered the room and found Charlotte struggling with a masked suspect. The suspect, identified as Crizer, fired a shot at Suzanne Zaremba and another at her daughter Charlotte, before turning the gun on himself.
Charlotte was pronounced dead at Howard County General Hospital. Suzanne Zaremba, 52, was taken to Shock Trauma, where she was treated and released. Crizer was transported to Shock Trauma in critical condition, where he later died.
Police said they haven’t found a link between the suspect and the victim. The two teens lived in the same neighborhood and attended Howard High School, but police have not found any indication of a relationship.
On New Year’s Eve, Charlotte’s parents picked her up from a party and returned home in the 4800 block of Knoll Glen Road. Shortly before 2 a.m., Suzanne Zaremba, 52, heard a scuffle in her daughter’s bedroom, police said.
She found the teenage girl struggling with a masked intruder. Police said the intruder was Sean Crizer, who shot the daughter and mother then himself. Officers don’t have a motive in the killing or know if Crizer had intentionally targeted the girl.
Charlotte was a sophomore at Howard High School. Another family member home during the shooting was not injured, police said.
Officers said they recovered the mask and gun at the scene. 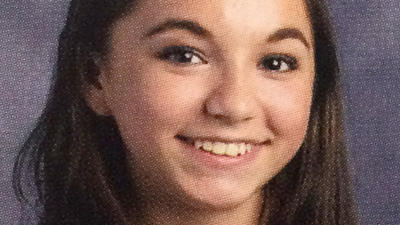 The Baltimore Sun reports that Charlotte died at Howard County General Hospital, and her mother was treated at Shock Trauma and released.
Detectives suspect Crizer of burglarizing at least two homes in the same neighborhood, in the previous weeks. The gun Crizer used had been reported stolen from one of the burglarized homes, police said.

Pedophile died after drinking mystery liquid as sex abuse verdict is read in the court in Tarrant County, Texas on Friday The child sex abuser Edward Peter LeClair died in a [...]