Democratic Republic of Congo President Joseph Kabila presented the country’s African Nations Championship winners with a fleet of Toyota Prado SUVs on Tuesday.
DR Congo became the first country to win the CHAN twice with the first one being in 2009.

PMB …ehm ehm are you there?

These players will feel appreciated for representing their country well.

Not to gripe here, but your children who represented Nigeria, took on the World and won in the Under 17 world championship were rewarded with a paltry $80. Different age groups you might say, but same objectives when it comes to effort and incentives
I believe there is still time to correct this error.

Well done President Kabila. You have done them well.

The players and officials were decorated with “Sporting Merit” medals at a reception at the presidential palace.

“May this trophy serve to forge peace and stability in our country,” said Kabila at a time of fragile political stability. 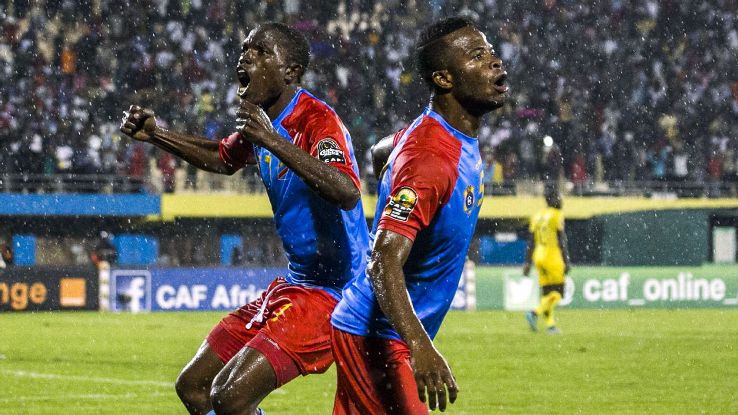 NYC man, 29, wanted for brutal triple-homicide of estranged girlfriend, her son and goddaughter captured: Travis Blake, 29, was arrested in Maine a week after bodies of his victims were found decomposing in Queens home

NYC man wanted for brutal triple-murder is captured 500 miles from crime scene where the bodies of his estranged girlfriend, her adult son and goddaughter were found [...]